Zhejiang Uniview Technologies Co,headquartered in Hangzhou, has 29 offices all over China and holds a third-place market share in the Chinese domestic market. In the security market since 2005, the company has roots in IT and telecom and has been an independent company since 2011. It has focused on IP video surveillance since 2006.

After expanding its business to the international market in 2013, Uniview’s focus on new technologies positions it well for fast growth in the global arena in the next three years. Uniview’s role as a major player in the huge domestic Chinese video market – the largest CCTV market in the world – now equips the company to compete globally. Uniview’s Chinese domestic video sales totalled $263 million.

Research and Development at the forefront of Univiews' progression

2014 marked Uniview’s first appearance at the IFSEC show in London. Uniview highlighted an infrared (IR) laser light it has designed and produced to provide visibility up to 500 meters in the dark, used on its vari-focal IR laser PTZ dome launched at IFSEC.

Also at IFSEC, the company highlighted “Smart IR” that uses a lighting source that adjusts based on image detection – the light source adjusts to one of four IR light levels to maximise the quality of the image, avoiding areas that are too bright, for example.

In an interview at IFSEC, Univiewemphasised its position as one of the top three Chinese video manufacturers, attributing success to more competitive (lower) pricing combined with more features for the money. The technology gap between high-end video cameras and the lower-cost alternatives is shrinking as companies like Uniview continue to innovate and offer more. Uniview is working to address trends in the market such as more embedded intelligence inside cameras.

A past when Chinese products were considered inexpensive and inferior alternatives is fading fast as quality improves. Helping to keep costs low for Chinese manufacturers is geographic location and easy availability of key components used in camera assembly, such as sensors, lenses and chips that can be easily purchased from Japan, Korea and the United States. More and more Chinese companies are also manufacturing video components with low pricing and additional features. Uniview has shown leadership in IP technology development. For example, Uniview’s Next GenerationNetwork (NGN) architecture keeps control commands separate from video streams to enhance system stability. Its built-in iSCSI direct-store technology allows cameras to stream video directly to an iSCSI RAID of the Uniview NVR/IP SAN, thus promotingmore efficient reading and writing, without a bottleneck in file processing. Rather than being packaged into files, all video data is stored faster and safer using a fixed-size block format. UniMCast multicasting technology includes error-checked delivery to ensure reliability. Network Auto-Adaptability adjusts video transmission rate according to network status to achieve high efficiency, thus ensuring video quality in environments with poor network transmission.

Some in the United States haven’t heard of Uniview, but ironically the company came up in a 2012 Presidential Debate when Barack Obama highlighted opponent Mitt Romney’s investment in "building surveillance equipment for China to spy on its own folks." (The reference is to Bain Capital’s ownership of Uniview; a blind trust associated with Romney holds a stake in the Bain Capital Asia fund that purchased Uniview.)

With Uniview aggressively pursuing the international market for IP video, security professionals will be hearing more about the company in the years to come. 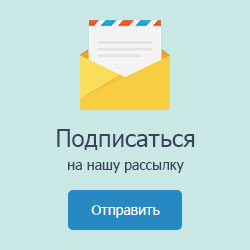